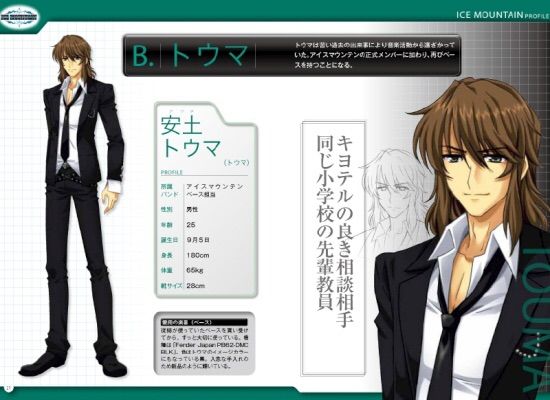 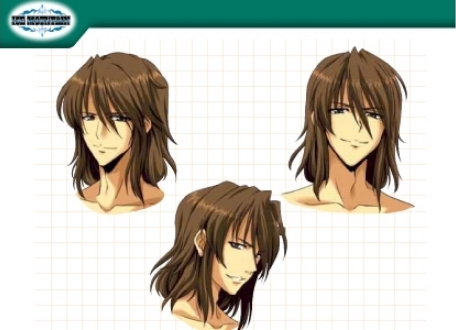 Azuchi Tohma. He had to step back from his musical activities because of bitter experiences he’s had in the past. He picked up his bass again when he joined ICE MOUNTAIN. He’s Kiyoteru’s confidant, and works at the same school as his senpai teacher.