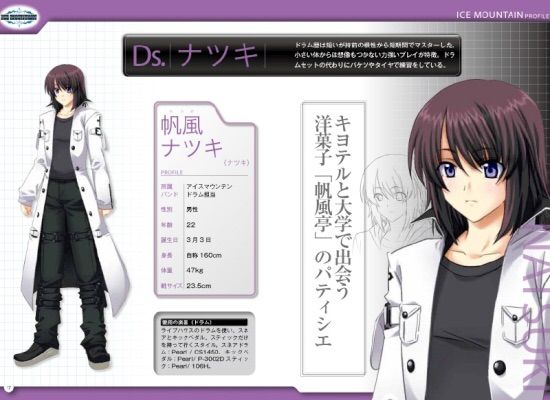 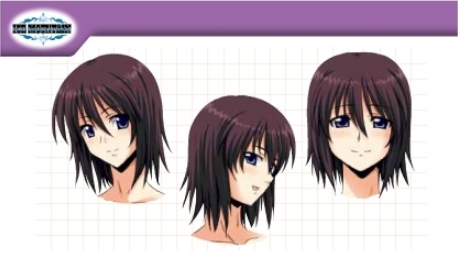 Hokaze Natsuki. He hasn’t been playing the drums for a long time but mastered his instrument quickly. His frail body makes his aggressive playing style all the more surprising. He practices with buckets and tires instead of his drum set. He met Kiyoteru in college. He’s a baker at the “Hokaze-tei.”