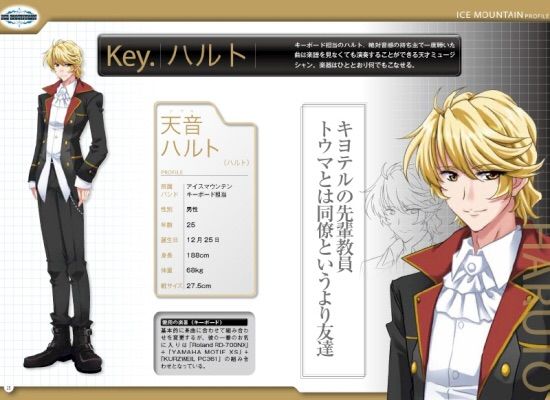 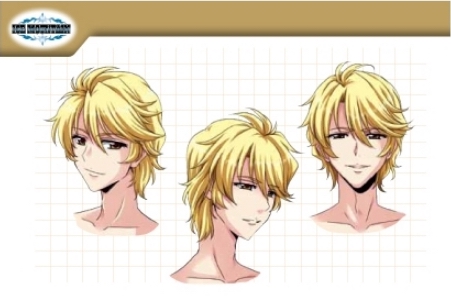 Amane Haruto. He’s ICE MOUNTAIN’s keyboardist. He his a genius musician who can play any song he’s listened to only once without ever looking at the sheet music, thanks to his perfect pitch. He can master any musical instrument. He’s a colleague of Kiyoteru, and considers Tohma more as a friend than a coworker.