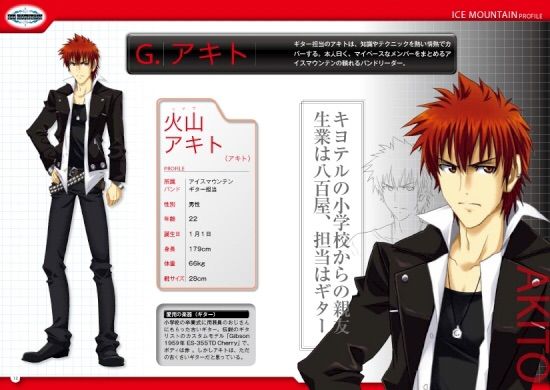 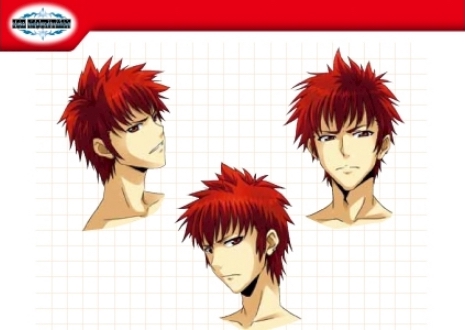 Hiyama (火山, “fire mountain”) Akito. Kiyoteru’s friend since primary school, he works as a green-grocer and is the guitarist and easy-going band leader of ICE MOUNTAIN. He compensates his lack of knowledge and technique with his energy.