The starting point of ICE MOUNTAIN was when Akito, a junior high school student who had awaken to the power of music, invited his friend Kiyoteru to join him. They started to make music with Akito on the acoustic guitar and Kiyoteru on the vocals. It wasn’t a band just yet, but they spent all their time practicing and performing street concerts during the six years of junior high and high school.

They then went to the same college. Kiyoteru asked Hokaze Natsuki, whom he had met in college, to become a member of the band. Natsuki started to practice to become ICE MOUNTAIN’s drummer. With his admission, ICE MOUNTAIN started to look, little by little, like a full-fledged band.

The three-men band was doing well, but they temporarily stopped their activities in the spring of their fourth college year. Akito’s father had health issues, so the young man had to help in his family’s green-grocery. The band faced troubles. After their graduation, Kiyoteru became a teacher in a primary school, Akito took on his father’s green-grocery, and Natsuki became a baker.

The band came back into activity one year after they had stopped, in spring. It was Akito, who had gotten used to his work at the greengrocery, who suggested to the members that they restart the band. Kiyoteru asked two of his colleagues over at the primary school, Tohma (bass) and Haruto (keyboard) to join the band, and ICE MOUNTAIN scaled-up to a five-member band. 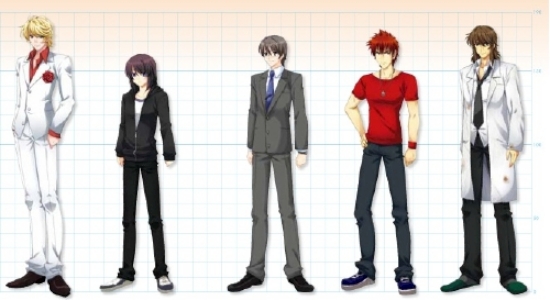 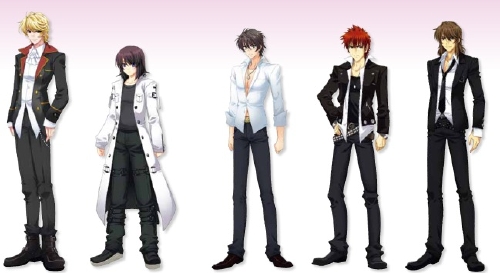